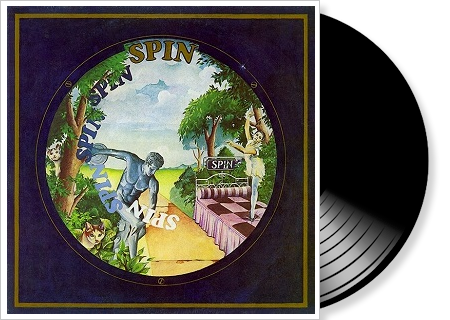 Spin was a jazz rock band and a spin-off band from Ekseption, formed in 1974 in Holland. Differences of opinion regarding the musical style of Ekseption made Rein van den Broek and Dik Vennik to form a new band, Spin. In the line up was also included another member of Eskeption, Hans Jansen and Hans Hollestelle, was as well a session musician in Ekseption. The line up was completed by the brother of Hollestelle Jan and Cees Kranenburg. The music of Spin is much more straight forward than Ekseption’s music, they dropped the classical influences and the arrangements were much more focused on electric guitars and horns and even some funk elements here and there. Enthusiasts of jazz/rock fusion might find this album a little bit on the soft side though, but the songs are well balanced and feature some catchy horn arrangements. The first album “Spin” released in 1976 by Ariola is a good ex of jazz with funky elements, not bad at all, at least for me, but they didn’t manage to get very much attention back then like today, they remain unknown to larger public. All pieces stands as good, not a weak moment here. They recorded two albums, neither of them was very successful. Although the single “Grasshopper” was a minor hit in the US. The band disbands in 1977.